While some national forecasts look ahead rather pessimistically, local experts say real estate sales this year will likely be similar to 2018. “It’s stable. Not static, but stable,” says RE/MAX Bayshore realtor Bob Brick of the market. “Barring any catastrophe, it should look similar to this year and last year.” Mike Schmidt, president of Coldwell Banker Schmidt Realtors, concurs. “I don’t think it will be much different than 2018,” he says.

"If 2019 mirrors the past couple years, that’s good news, as the last couple years have been strong locally. Though 2018 lags behind 2017, most feel that is due to low inventory levels rather than any change in buying or selling attitudes. And while the number of homes sold is down, the median price is up and the time a property is on the market is down, both pointing to strong demand."

On the other hand, the market for second homes continues to be strong. “We’re seeing some of the high-end sales that we haven’t seen in a while,” says Schmidt. Brick says that is an indicator of a good year. He says Michigan is typically in the top five states for second-home sales, and a strong economy helps make such sales possible. “A waterfront cottage is a luxury purchase,” he says.

THIS IS LITERALLY YOUR BACK YARD! There is only 1 unit remaining for sale, reserve yours now call to 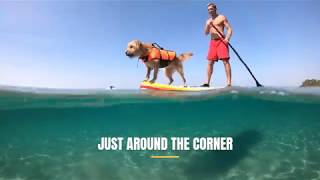 WINDOWS in this week!!

CROSS COUNTY SKI THE LAKE! It's a thing!